At the National University of Ireland

My “Habilitation”, with my work “Marginalised Music - Music, Religion and Politics from the Bora Sambar region of western Orissa / India”, presents the results of my anthropological documentation of hitherto unknown traditions of sacred music performed by marginalised musicians and priest-musicians of the Bora Sambar region of western Orissa. The work is based on more then 30 months of ethnographic research in rural regions of western Orissa, funded by the Deutsche Forschungsgemeinschaft (German Research Council) and by the VolkswagenStiftung (Volkswagen Foundation) in the years 2002-2009. My study shows a culturally unique entanglement between religion, music, culture, performances and politics. Sacred music is analysed as an indigenous theology, thus as a crucial medium of religion and culture.

'From Imperial Museum to Communication Center. Museum as Interface Between Science and non-Western Societies'
Granted by the VolkswagenStiftung (Volkswagen Foundation)

This project dealt with the new role of museums in non-Western cultures. We maintained that globalisation has enormously enhanced the artistic and cultural expressions of non-Western societies in the direction of "re-traditionalisation" and empowerment of subaltern indigenous groups in North America, the Arab World and India. 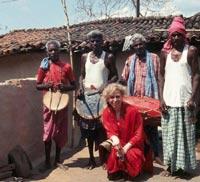 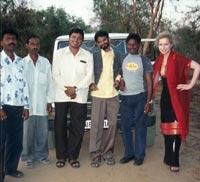 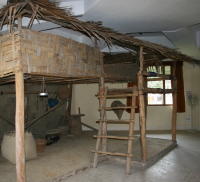 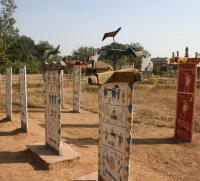 “Anthropology of the music and dance traditions of Western Orissa (Eastern India)”, funded by a grant from the Deutsche Forschungsgemeinschaft (German Research Foundation).

The project was a socio-anthropological analysis of the interrelationship between local music and dance traditions, prevailing social structures and local beliefs and value systems. Research was based upon ethnographic studies in both urban and rural settings of western Orissa and investigates the orchestral music of the ‘untouchable’ Ganda musicians as well as the music of local non-Brahmin funeral priests. 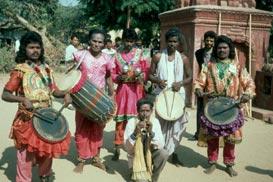 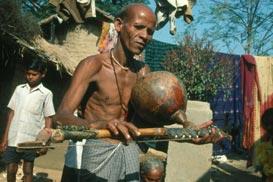 On an empirical basis, the dissertation investigated the structure and spread of a new ascetic religion in India. The work explicitly studied general processes of religious institutionalization, conversion and social change. The indicator of social change was seen here – in Max Webers’ terms – as the rise of an ascetic ethic. The originality of the study lies in its ethnographic diversity. Based upon thirteen months ethnographic fieldwork, the study was undertaken among Mahima Dharma ascetics and tribal converts. In the last decade, proselytizing ascetics spread the new religion among the indigenous population of eastern India, where the percentage of the new Mahima Dharma converts is now assessed to be about ten percent of the local population. However, in a tribal context professional ascetics are rare, appearing once a year to initiate new devotees. The new teachings have become ever more popular due to the vocal rituals of ecstatic female shamans, who are the local ritual specialists of the new religion.

A twofold character of the religion could be depicted: male ascetics represented the institutionalization and centralization processes of the religion, mostly marked by the importance of the scripture. In tribal context the ecstatic vocal rituals of female shamans expressed the autonomy of the local oral culture. The analysis of the oral material of the shamans’ poetic songs portrayed the autonomy and creativity of oral cultures, which through vocal expressions cope with a changing world.

Berlin 23 – 26 September 2009: Conference From Imperial Museum to Communication Center?, organised together with Susan Kamel and Rainer Hatoum (sponsored by the Volkswagen Foundation).

Berlin 24–26/09/2007 With Dr Rajah Scheepers and Anja Mihr: Conference on Career Planning and Perspecitves of Postdocs

Bhubaneshwar 22-23/02/2002 With Dr. Johannes Beltz: Conception and organisation of the international conference "Mahima Dharma Reconsidered. New Research Perspectives on Popular Asceticism in Orissa" at the Utkal University in Bhubaneshwar, India

Voices From the Periphery. Subalternity and Empowerment in India. Delhi: Roultledge India (together with Marine Carrin)