The international conference "What was Philology in Arabic? Arabic-Islamic Textual Practices in the Early Modern World" will investigate the neglected history of Arabic-Islamic textual practices and interpretative methods in the early modern world from a global and comparative perspective.
Although philology has always been a global knowledge practice, no such account of its history has ever been written. Indeed, wherever texts exist, a method of making sense of them has existed as well.
What forms did these methods take in Arabic-Islamic scholarship before the encounter with European philology? How do salient aspects of the philological method, such as care for textual difference and variation, attention to contingency and change, and the need to make texts accessible and available, appear in Arabic philology, and what has become of them after this encounter?

The conference is generously funded by the Fritz Thyssen Foundation and the German Research Foundation (DFG). 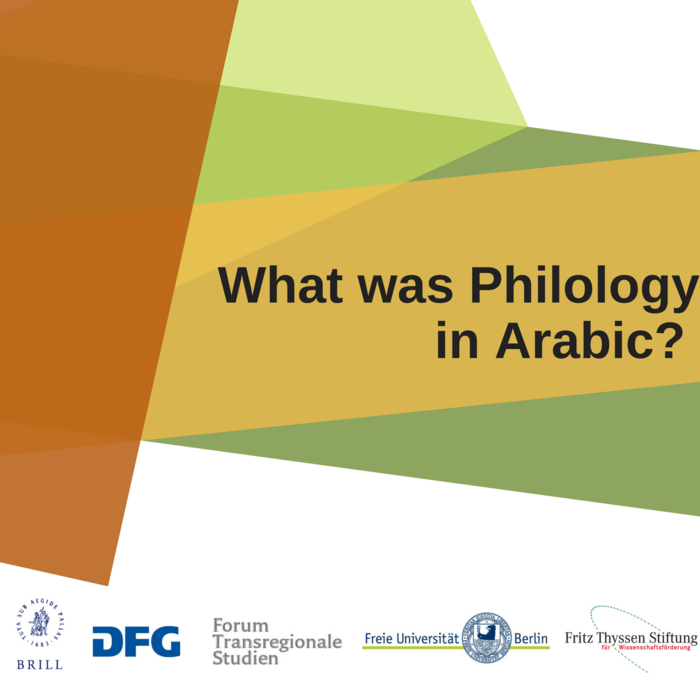