The Department of Semitic and Arabic Studies has formally existed at Freie Universität Berlin since 1957/1958 – teaching began in 1963. Since then, the professors of Arabic Studies have expanded established fields of research such as classical Arabic literature and Quranic studies to include diverse directions, such as the development of Arabic script, classical Arabic poetry in its social environment, cultural and intellectual history of the Arabic-speaking world, as well as early Arabic book culture from the perspective of media history.

Under the direction of Prof. Dr. Beatrice Gründler, the focus today is on a philological as well as aesthetic approach to the study of forms, media and texts of classical as well as modern Arabic literature. This includes aspects of interculturality, history of knowledge and diversity research. A close connection between research and teaching is characteristic of all areas.

In addition, History and Culture of the Middle East can be selected as a module offering in the combined bachelor's degree. Furthermore, Arabic Studies is involved in the introductory and orientation study program EinS@FU.

Xenia joined the BUA-Project Closing the Gap in Non-Latin Script Data in October 2021. She is currently a student at the BA-Program for Arabic Studies at Freie Universität Berlin. Her interests lay primarily in interculturality and migration-related topics, as well as modern literature of Arabic and East European regions. She also works as language tutor and as a freelance journalist for local migrant magazines.

Mathea Glaubitz is studying for a Master's degree in General and Comparative Literature and has been a student assistant at the Seminar for Semitic and Arabic Studies since March 2019. Here she works for the research program "Zukunftsphilologie: Revisiting the Canon of Textual Scholarship" led by Prof. Dr. Islam Dayeh.

Ibrahim Abdou has been a research associate in the ERC project PalREAD – Country of Words since June 2020. Previously, he supported PalREAD as a student assistant from 2018 until 2020. His research interests span from literary production in mandate Palestine to speculative fiction in Arabic literature over the last two decades.

As Principal Investigator of PalREAD, Refqa Abu-Remaileh has drawn from her expertise in modern Arabic literature, Palestinian literature as well as Arab cinema to shape the project as it is now. She has been Professor for Modern Arabic Literature & Film at the Seminar für Semitistik und Arabistik since 2018.

Hanan Natour is a German-Palestinian research associate at the ERC-funded project "PalREAD – Country of Words: Reading and Reception of Palestinian Literature from 1948 to the Present". Her focus within this project lies on the reception of Palestinian literature in North Africa. As a member of the Friedrich Schlegel Graduate School of Literary Studies she currently prepares her doctoral dissertation on narratives of liberation, emancipation and decoloniality in contemporary Tunisian Arabic prose.

Heba Tebakhi has been working as a research assistant within the “PalRead” project since June 2020. Her research focuses on Palestinian oral literature. In her fieldwork, Heba collects tales from Palestine and from the Palestinian Diaspora to track the changes that occurred to them and to observe whether these changes are linked to political and social developments.

Marcel Gaida has been a research associate in the ERC project PalREAD - Country of Words since the beginning of 2019; here he is investigating the sustainable digital access of the research data of the project on Palestinian literature as well as the possibility of quantitative linguistic analysis of the data; in addition to the general research data management, he also ensures that data protection and ethical principles are observed. He is also responsible for academic communication and social media. He is involved in academic self-administration in the department's budget commission.

Islam Dayeh is Assistant Professor of Arabic and Islamic studies at Freie Universität Berlin. His research focuses on Arabic-Islamic intellectual history and textual practices. He is the director of the research programme Zukunftsphilologie: Revisiting the Canons of Textual Scholarship (Forum Transregionale Studien Berlin) and founding editor of the journal Philological Encounters (Brill).

Montserrat Rabadán has been a research assistant for the Arabic Studies department since 2011 and is a lecturer for Modern Standard Arabic and Classical Arabic since 2015 in the bachelor's program History and Culture of the Middle East.
She is specialized in Arabic literature and literature of oral tradition (folktales). She is also responsible for the Erasmus exchange program for incoming international students and outgoing students from the Arabic Studies department.

Oualid El Khattabi is a master’s student at the English Studies: Literature, Language, Culture MA program at Freie Universität Berlin. He holds a BA in English Language and Literature from Abdelmalek Essaadi University, Martil, Morocco, and a Translation Degree (Arabic-English-French) from King Fahd School of Translation, Tangier, Morocco. He joined the “Kalīla and Dimna – AnonymClassic” ERC project in April 2020. Within the project, he is responsible for transcribing manuscripts and works on producing an English translation of various versions of The Chapter of the Cat and Rat for the project's upcoming Preview Edition.

Since April 2020, Dima Sakran is a student research assistant for the ERC-project Kalīla and Dimna – AnonymClassic. She focuses both on manuscript transcription and the implementation of data to the project’s LERA platform.

Rima Redwan has been since the beginning of 2020 a research fellow in the ERC project Kalīla and Dimna — AnonynmClassic. She is especially responsible for analyzing the illustrations, legends, and the image cycle in the Arabic manuscripts. Here the focus is on the connection between image and text. In addition, she works on embedded narratives in the Arabic versions, collecting and documenting their variety.

Victoria Mummelthei is a researcher at the Arabic Studies Department; here she teaches courses in modern Arabic literature in particular in Bachelor's and Master's programs; after her corpus linguistic dissertation on the poetry of the Syrian author Nizar Qabbani (1923-1998), she is now researching the "language of Arabic Studies" from a meta-scientific perspective. She is the deputy academic advisor for the Master's programs Arabic Studies and Interdisciplinary Studies of the Middle East (ISME) and is involved in academic self-administration in the field of study structure development and internationalization. She is responsible for academic communication and social media both for the Arabic Studies Department and ISME.

Johannes Stephan is PostDoc in the ERC project Kalīla and Dimna – AnonymClassic. His research interests are Arabic travel literature, narrative theory, and the conception of fictionality. He mainly scrutinizes the early Arabic reception (8.-13th century) of Kalīla wa-Dimna, i.e. examining quotes from and comments on the Arabic text in other works. Among his other interests are the linguistic variation within Arabic during the early modern period and the elaboration on the category of narrative framing. He runs a reading circle and organizes a series of events, both under the title "Framing Narratives."

Khouloud Khalfallah is since November 2018 a research fellow at the ERC-funded project "Kalīla and Dimna – AnonymClassic". Her focus within this project lies in the classification of Kalīla wa-Dimna versions, as well as the transcription and the description of the Arabic manuscripts.

Theo Beers is a philologist specializing in late medieval and early modern Persian literary history. He also works with Arabic sources and studies the connections in literary culture between the two languages. In the AnonymClassic project, much of his research concerns the early translations of Kalīla and Dimna from Arabic into Persian. He has a complementary interest in the digital humanities, and he has developed several web apps to facilitate scholarly work. He recently received his PhD from the University of Chicago.

Beatrice Gruendler is not only an expert on medieval Arabic and the book culture in the Islamic world, but also a far-sighted thinker across humanities disciplines. She is the academic advisor for the Bachelor's program History and Culture of the Middle East, focus area in Arabic Studies, and for the Master's program Arabic Studies; she is also a Principal Investigator in the Friedrich Schlegel Graduate School of Literary Studies and the Berlin Graduate School of Muslim Cultures and Societies. As head of the project "Kalīla and Dimna - AnonymClassic", she draws in particular on her philological expertise, her familiarity with Arabic paleography and codicology and her interest in digital humanities for Arabic philology.

Jan van Ginkel is a Senior PostDoc for Syriac-Aramaic within the Arabistik Seminar, within the ERC-Project AnonymClassic „Kalila and Dimna“ and within the SFB-Project C10 Verses and Sayings. Impetus and Range of Scholarly and Popularising Discourses in the Arabic World. His focus is on the History and Culture of Syriac Christianity and their Interconnectedness with related Traditions, like Greek and Arabic. He tends to work on Historiographical Texts and “Folk Literature”, its transmission and continuous development. 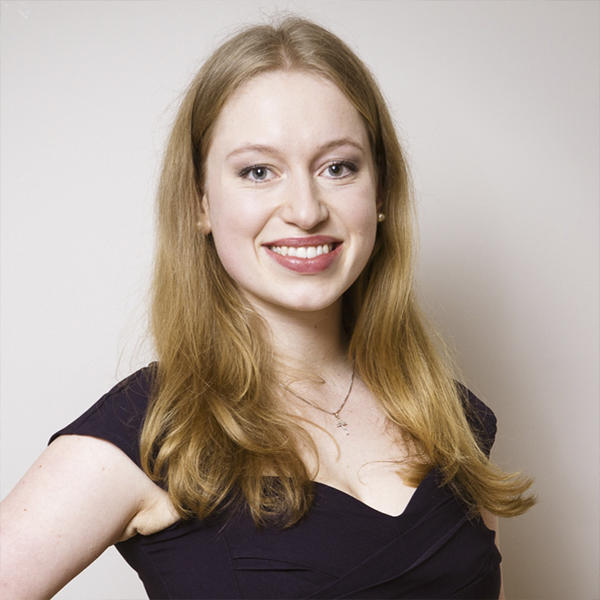 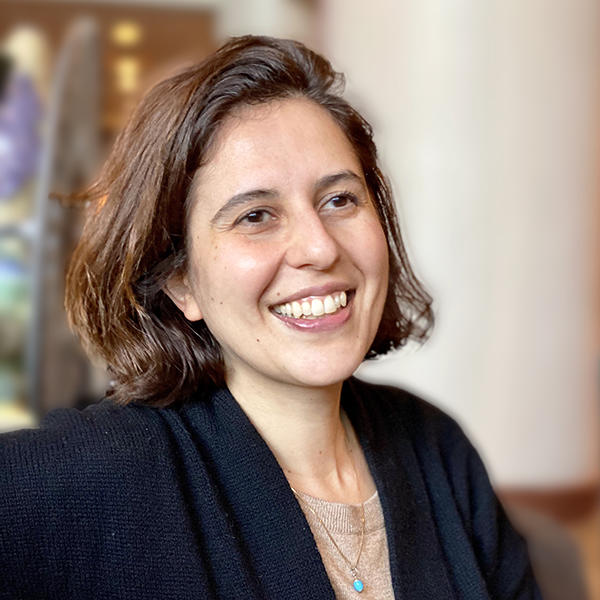 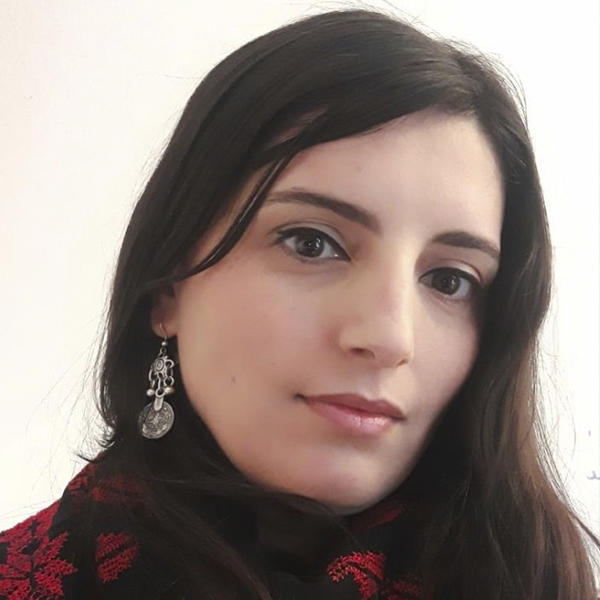 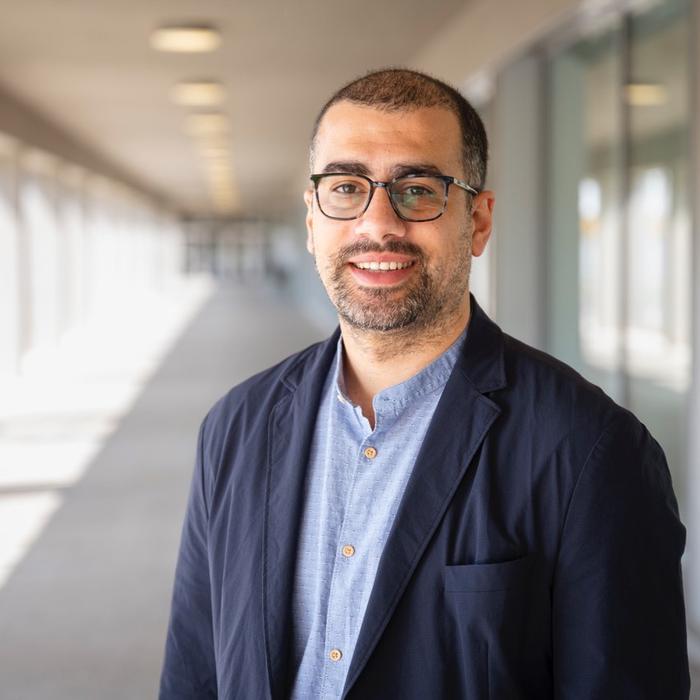 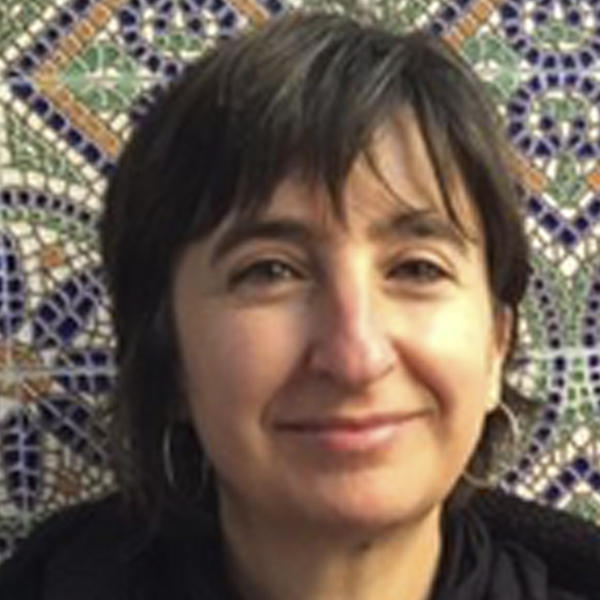 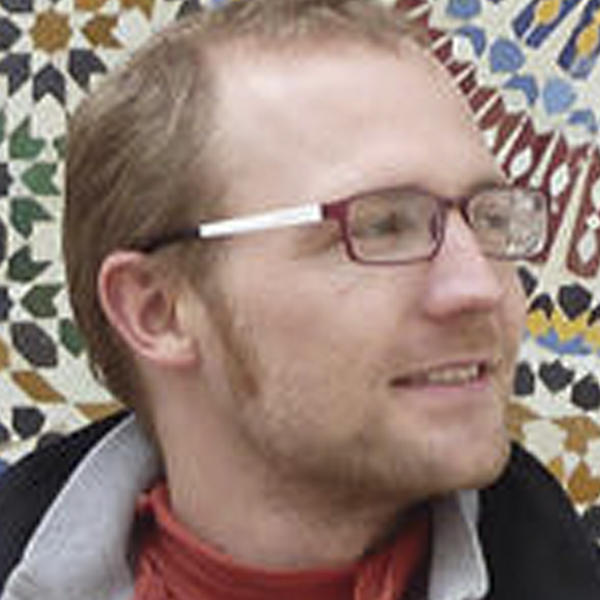 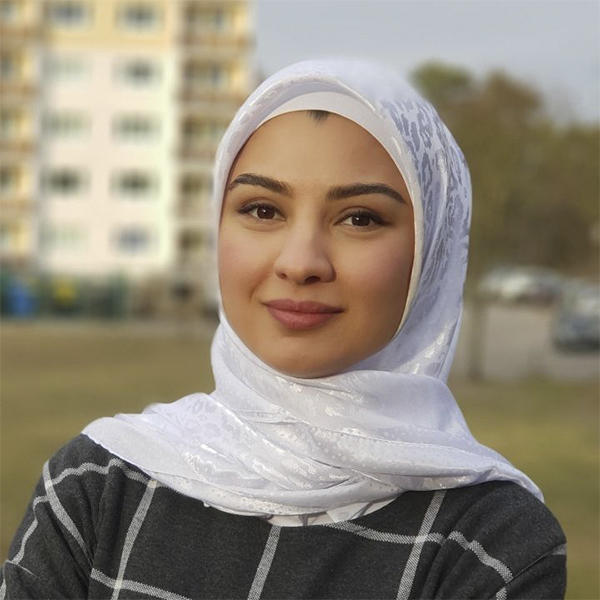 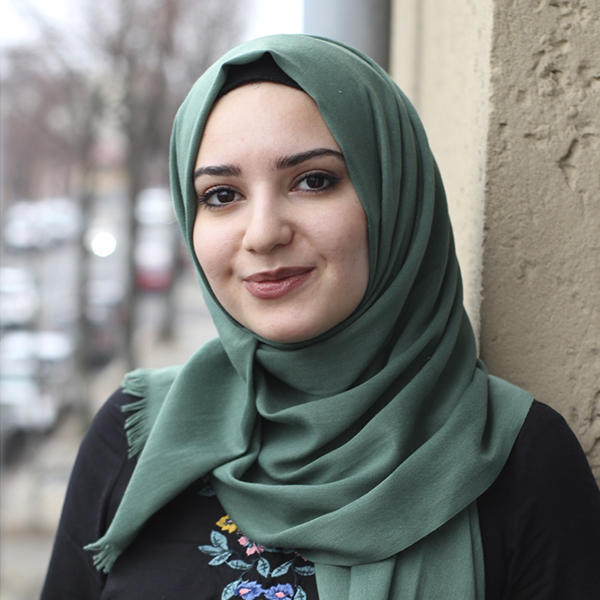 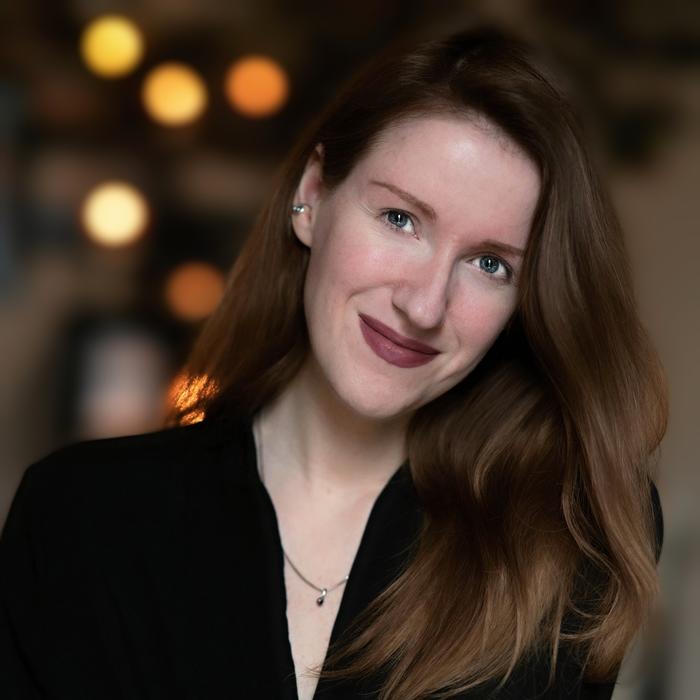 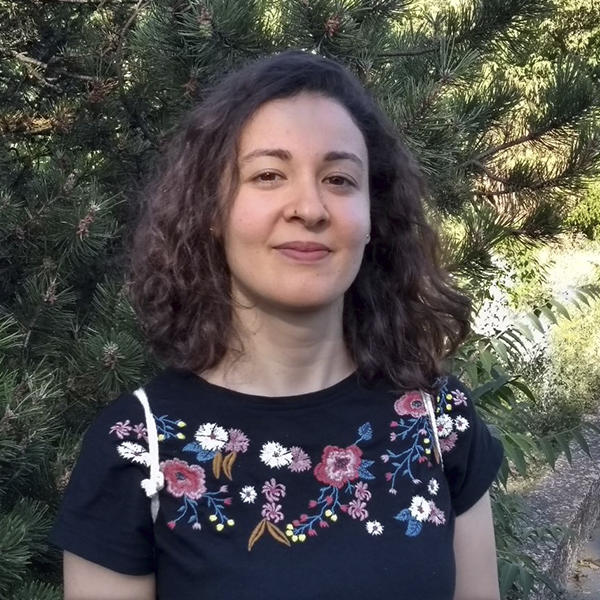 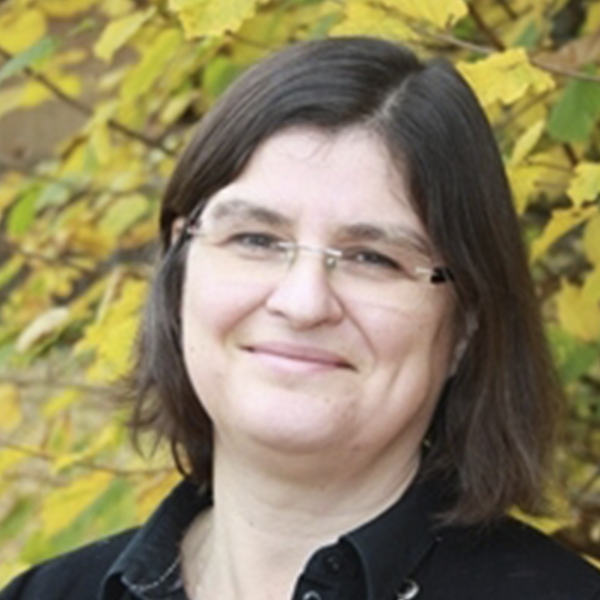 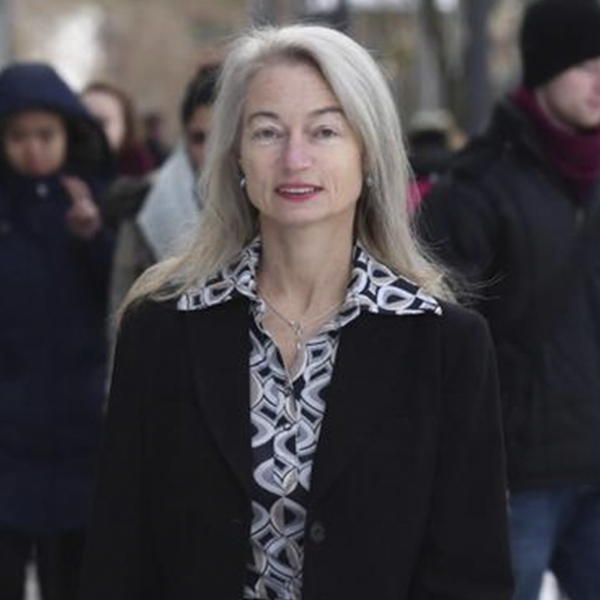 Whether it is the Alexander von Humboldt Foundation or the Minerva Foundation Society for Research (Minerva Stiftung Gesellschaft für die Forschung): Fellows and visiting scholars with very different research projects are associated with the Arabistik.

Not only the Seminar for Semitic and Arabic Studies, also our two research projects funded by European Research Council (ERC)—PalREAD and AnonymClassic—participate in the Lange Nacht der Wissenschaften. The interested audience will be introduced to the what "research" means in the humanities.

In summer 2018, the seminar "One Thousand and One Nights" by Kathrin Wittler (Comparative Literatures) and Victoria Mummelthei (Arabic Studies) had been sponsored in the framework of the programme SUPPORT for Teaching.

In the context of the ongoing academic cooperation between Freie Universität Berlin and the Doha Institute for Graduate Studies (DI), seven students from FU Berlin will take part in the winter semester 2018/19 in an intensive Modern Standard Arabic language course designed for advanced students.

Researchers of Arabic Studies at the Freie Universität Berlin pursue various research questions in a variety of projects, from mirrors for princes to early modern philology and Palestinian literature.

Current information as well as dates can now also be found on the Facebook page of Arabic Studies as well as on the Twitter channels of AnonymClassic and Interdisciplinary Studies of the Middle East (ISME).

Country of Words: Reading and Reception of Palestinian Literature from 1948 to the Present

The ERC project PalREAD aims to tell the story of Palestinian literature by tracing, collecting, mapping and analyzing the development and evolution of Palestinian literary and cultural production and practices from 1948 to the present across various Arab, European, American, and Latin American countries.

The Graduate Schools of the FU Berlin offer graduates from the field of Arabic Studies the opportunity to receive a PhD under supervision of, e.g., Prof. Dr. Beatrice Gruendler.

In March 2018, the Arabistik was in charge of organising the international conference on "Documents and Manuscripts of the Arab-Islamic World" of the International Society for Arabic Papyrology (ISAP).

Cooperation with the Doha Institute for Graduate Studies

On the basis of the e-learning pilot project "Kalila wa-Dimna - Wisdom Encoded", Prof Dr. Beatrice Gruendler devotes her research to a comprehensive study of the pre-modern mirror for pronces "Kalila wa-Dimna" in the ERC-funded project "AnonymClassic". 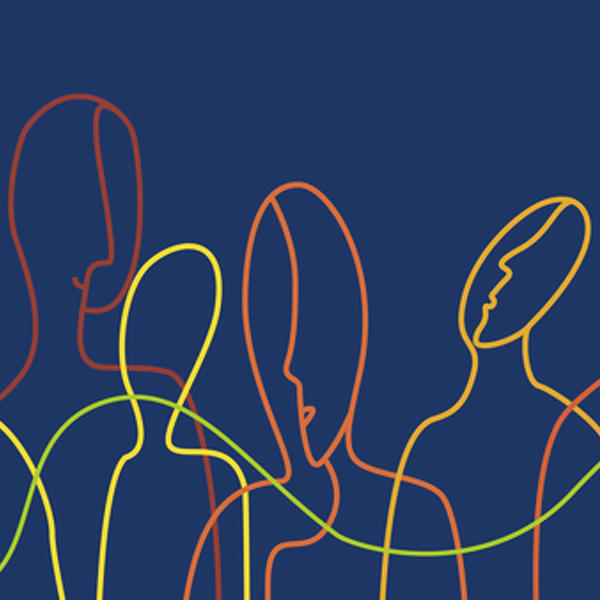 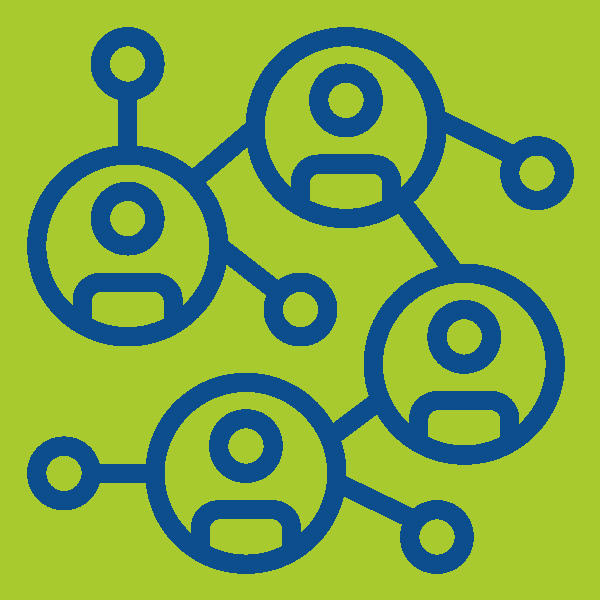 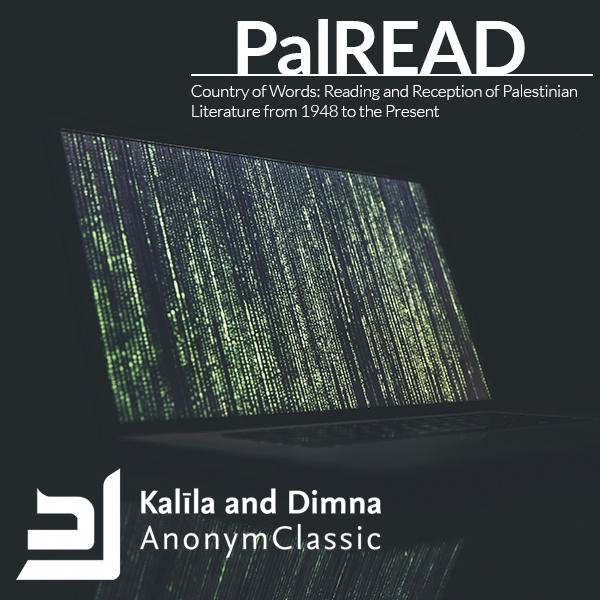 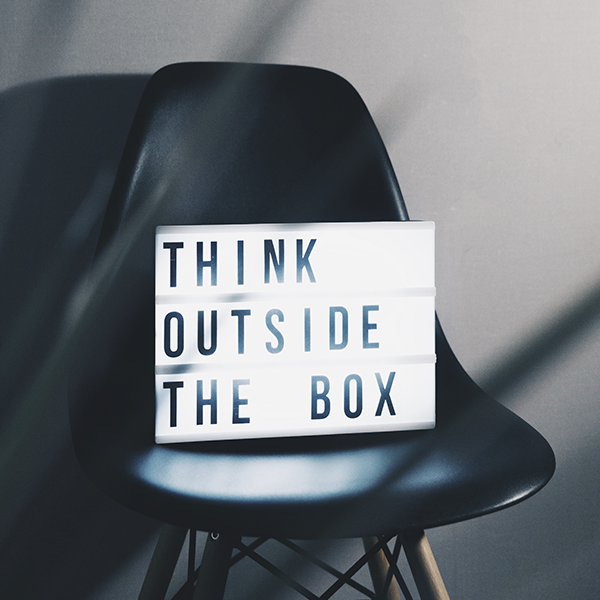 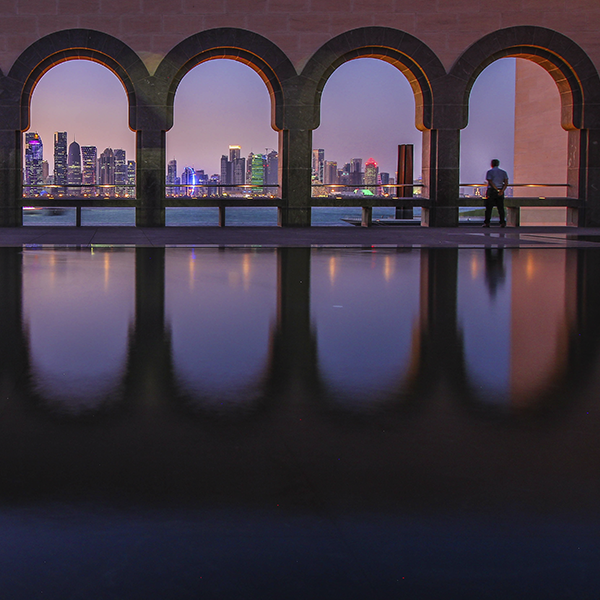 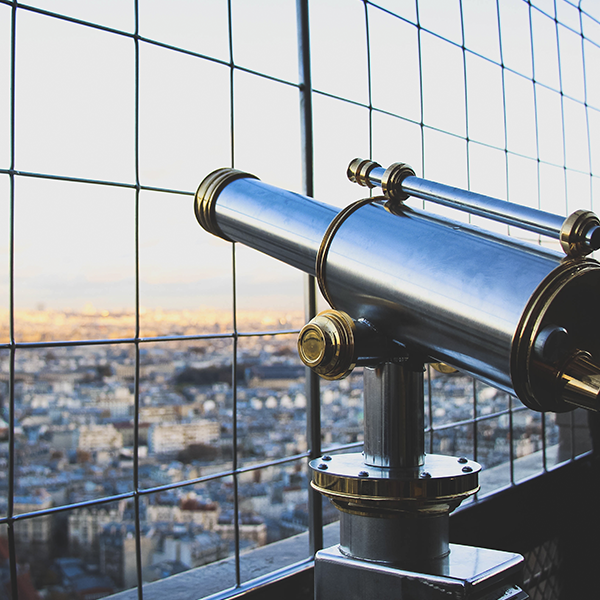 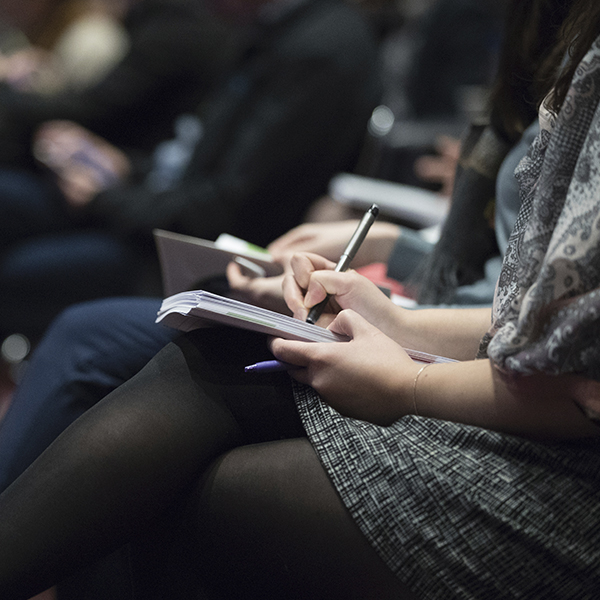 Image Credit: Photo by The Climate Reality Project on Unsplash 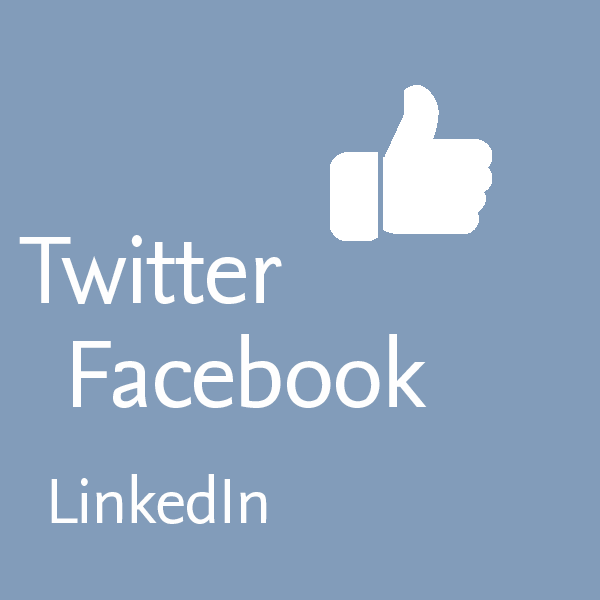 Image Credit: icons made by Pixel perfect from www.flaticon.com 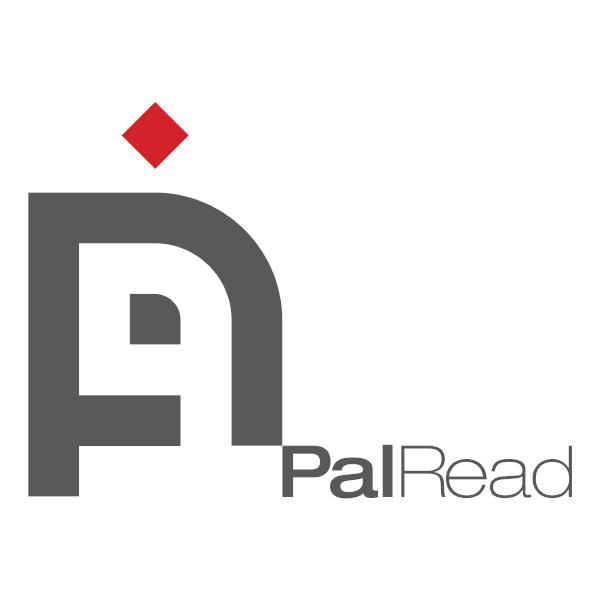 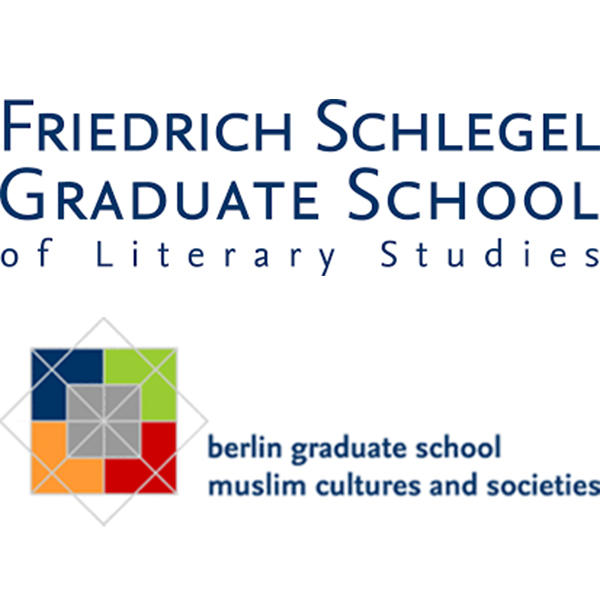 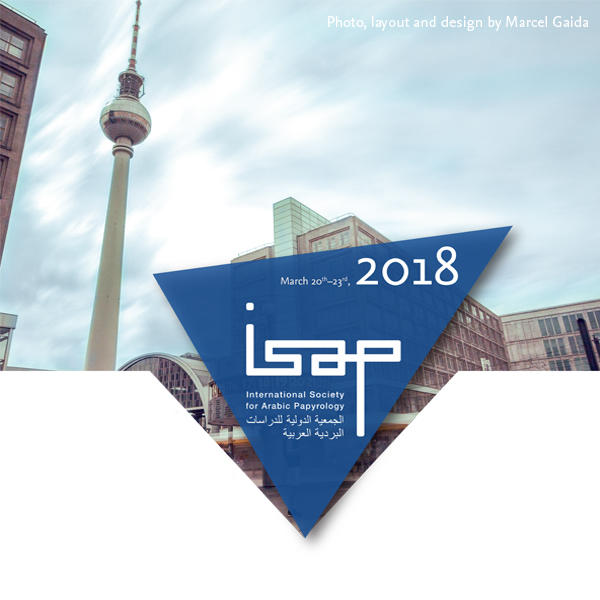 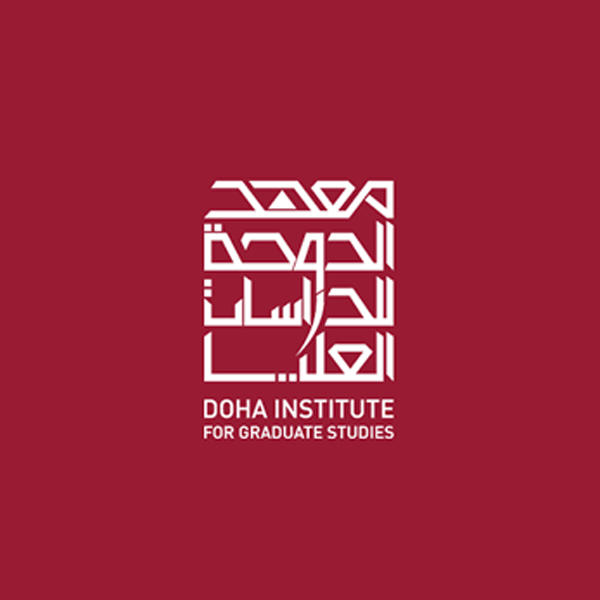 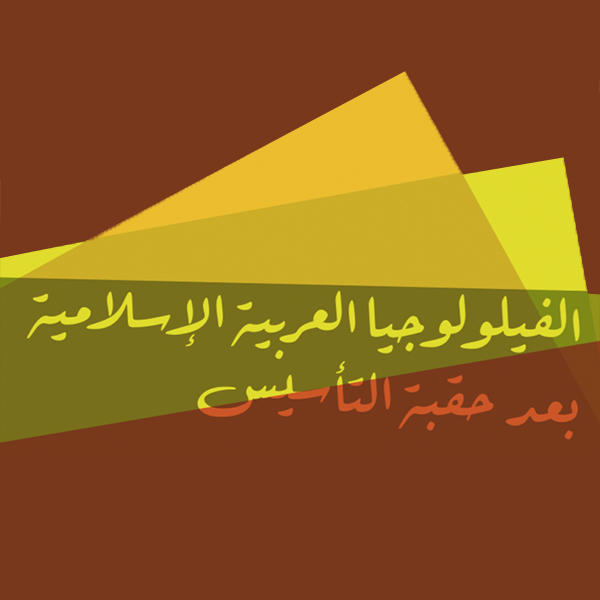 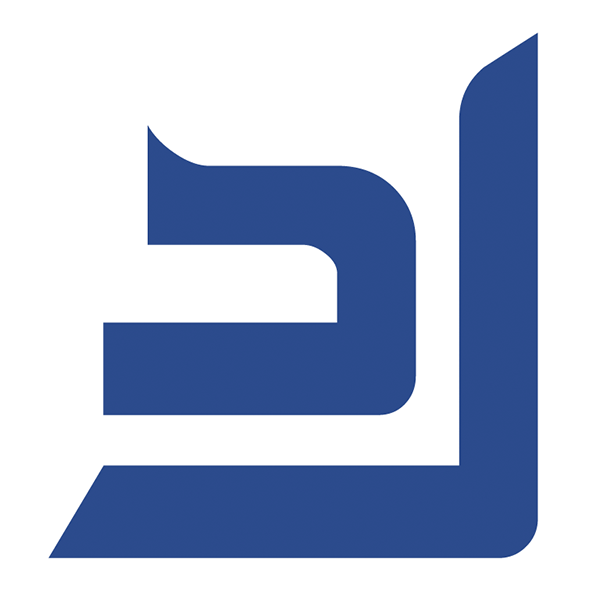